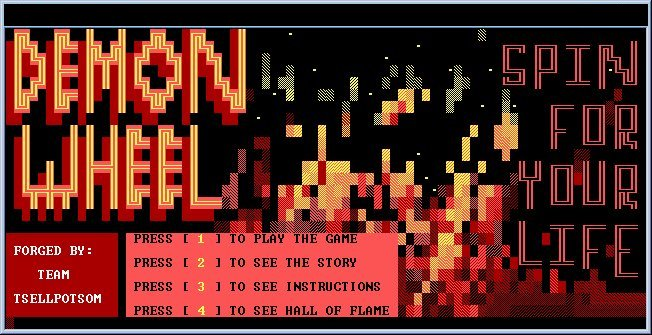 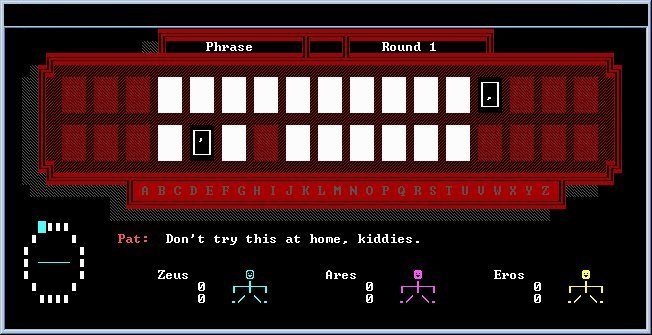 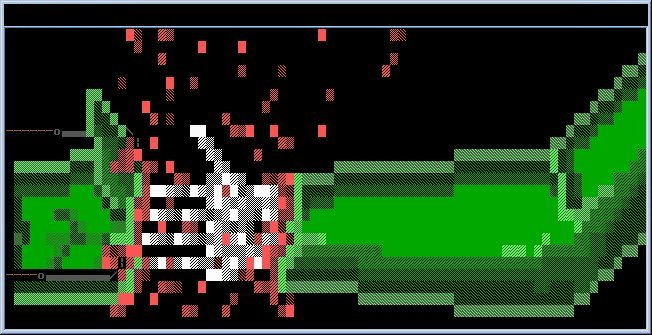 Deemed the best ASCII game of all time by its developers, Demon Wheel was the first project that I had participated in at The DigiPen Institute of Technology. This title was put together by a team of five individuals who did everything from the programming to the ASCII art to the production materials. This was the first of a series of titles that I have worked on built solely in the C language.

The game is a demented clone of the popular game show, Wheel Of Fortune. It is demented because the game takes place in hell. Not only that, but the demons, or contestants, are vying for the most souls, or money, so that they may take over the throne of hell. The game maintained persistancy through the use of a load/save feature. As long as your demon won the most souls by the end of the game, you could save your demon for use at a later time. The game also incorporated a “hangman” design in the fact that as the demons lost, their limbs would be ripped off, mutilated, chopped off, etc. If a demon was without a limb with which to spin the wheel, then that demon was killed; therefore, removed from the game.