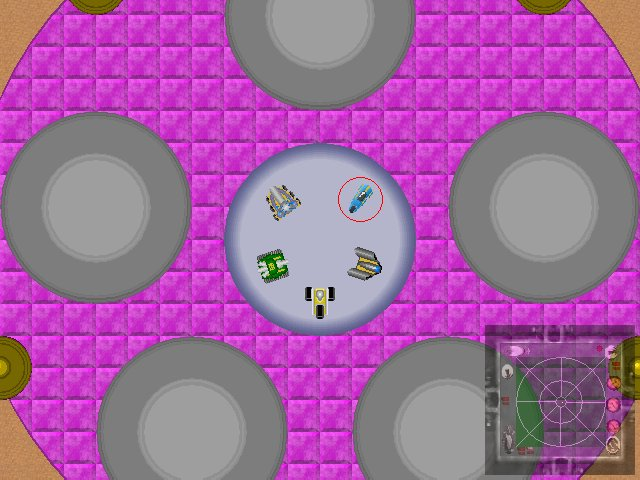 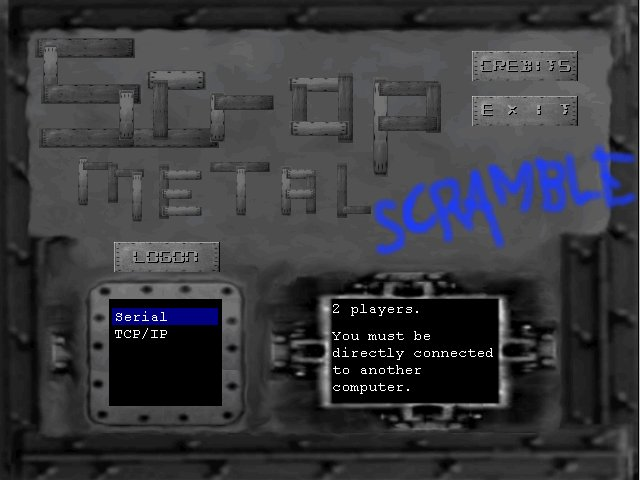 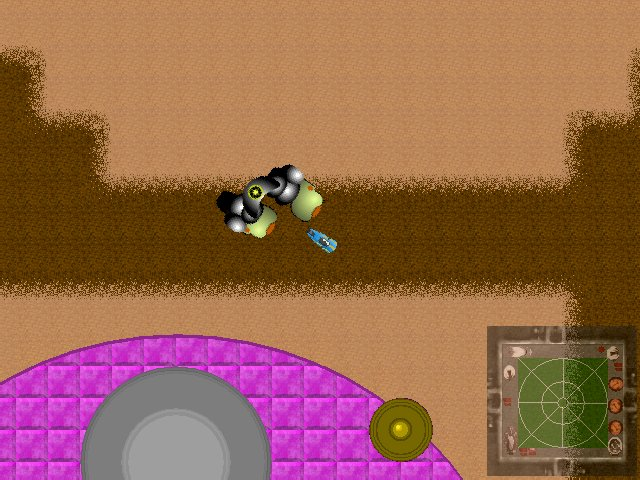 The final title that I produced while at the DigiPen Institute Of Technology. It was also a very strong introduction to networking in general for me, specifically using the DirectPlay API. The development team consisted of five individuals who worked day and night to get a completed final product out in a matter of a few months.

This title was specifically targetted for a multiplayer/action platform such as Quake or Starcraft. The game can be played with up to ten people at once depending upon your connection (e.g. TCP/IP, IPX, Serial Cable, or Modem). The object of the game was to destroy your opponent’s base. This was done by driving one of five vehicles (vehicles are shared by up to five teammates in one base), searching for robot parts, building robots, and then ordering your robots to destroy your opponent’s base. The concept is truly unique and the game has very high replay value similar to many other multiplayer games of the same nature.