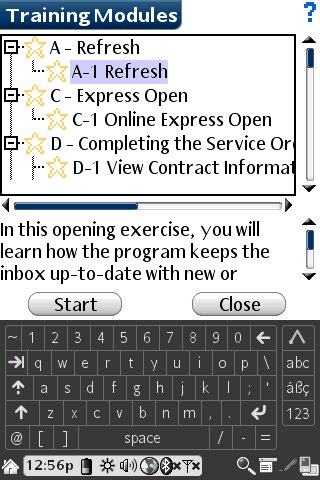 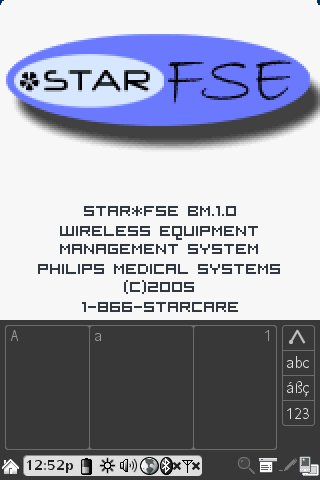 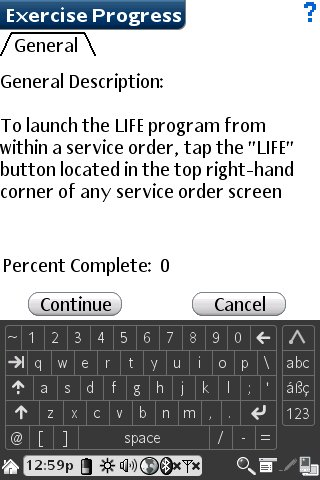 StarFSE is a Treo Palm application that is used by Field Service Engineers (FSEs) across the nation to aid in their everyday tasks such as ordering parts, offering quotes, looking up customers, taking pictures, etc. As software development goes, it was an interesting project. For one, the team size would constantly fluctuate and working with developers in-house and from across the country became the norm during regular meetings. I introduced myself to the Palm Object Library (POL) so that I could work within the already-existing codebase that was based upon it. Essentially, I learned that POL shares uncanny resemblances to MFC. In fact, the classes and methods are similar as well as are the naming conventions employed.

Anyway, my duties included developing the inventory and quote section of the application. To do this, an automated conversion routine was written on a Windows platform that took data from a Notes database and converted it into a format that the Palm could read. In addition, I took the specs for the layout and implemented the appropriate GUI. The data from the conversion would then be synced with the Palm and represented in this GUI. From here, the FSE had options to print, email, or fax quotes to other FSEs via the wireless network.

Other side projects related to the application included a customer lookup add-on and a port-debugging tool that was created in response to a bug that would randomly block the port going out to the internet; thereby, blocking all communication from the Treo device.